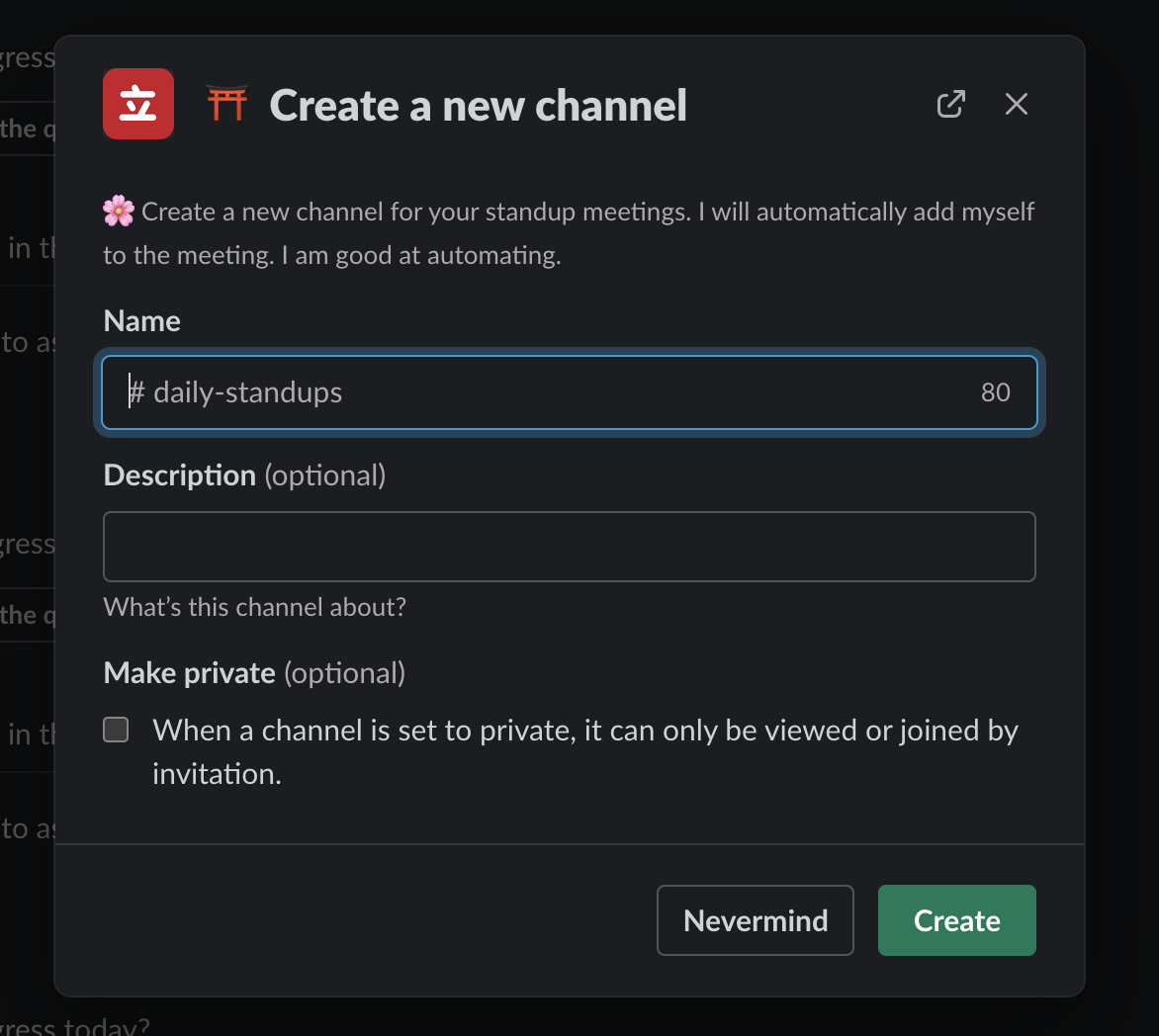 Create a channel where you lie

The focus has been to work on the setup flow so that a user can create a meeting from beginning to end by selecting where the meeting should take place, who should participate, and whether it should be scheduled.

The last two weeks have been specifically working on the selecting the place where the meeting should occur. You could already select an existing channel to hold your meetings but there are often times where you want to hold your meeting in a new channel.

The current version of Tatsu requires you to go in Slack and create a channel and then come back to the setup, which happens all outside of Slack. This was too much friction, so now Tatsu can create a channel right there for you.

A new channels:write scope was required for the bot to perform this and so it was added. However, in an upcoming feature, we will gradually ask for new permissions as needed. That way the app can be trusted with less capabilities in the beginning.

Once the meeting space is created in Slack, the user can then start editing participants. This matches the flow when selecting an existing channel as well.

In order to get this flow to work, the remaining Slack API methods were added around conversations in Juvet.

Until next time. 🌎✌️

Stay up to date

Get behind the scenes updates delivered to your inbox + save your place in line for early access.